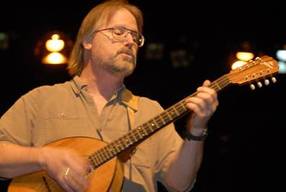 A collision of Blues and Country

with a sideswipe of Swing.

Whether it’s his own Blues and Country driven songs, his sometimes quirky but always tasty renderings of classic tunes, or a smooth slide guitar riff drifting into a session on the workshop stage, Vancouver Island based David K always gains rows of new fans.  His solid work on Guitar, Bottleneck, Dobro & Steel Guitars, along with his great singing, perfectly supports his strong original songs and helps him breathe new life into old blues and country tunes.

And get swingin' with Vancouver Island based BEATS WORKIN, with David K on Guitar and Steel Guitars, Mark Johnson on Upright Bass, and Bob de Wolff on Guitars.  It's a smooth blend of original songs along with classics from the 30s and 40s on up.  Roots, Jump Blues and West Coast Swing.
​
More than 25 years of international touring as a solo performer, band leader/member, and side musician has brought David K across Canada, the United States, Great Britain and Ireland, playing at music festivals, concert venues, for radio and television, and conducting instrumental, vocal, and songwriting workshops.  His performances and instructional workshops have been highly praised on both sides of the Atlantic.


“David K is one of those rare individuals that really muddies the folk/country-blues music boundary . . .         He is certain to have a wide audience from both sides of the fence.”
(Canadian Folk Music Journal)

“He clearly has absorbed the lessons of the blues, and he writes
good songs in style of those good old boys.”         (Penguin Eggs Roots Music Magazine)
​

David K has been a key musician and producer on CDs by many Canadian, American and British recording artists, playing Guitars, Slide Guitars, Bass, Mandolins, and adding pristine harmony vocals. He has performed and toured with many of those artists, in Canada and abroad, most notably with the JUNO Award and Canadian Folk Music Award nominated
​Eileen McGann, with Britain’s Mrs. Ackroyd Band, and as one third of Canada’s outstanding vocal group Trilogy.

At home on Vancouver Island, David continues to work as a producer and session musician on CDs by many independent artists, as well as composing and performing music for Film and Spoken Word productions. He has one self-produced solo CD, "TAKE A MILE", with nine original songs and three of his good old favourites. “TAKE A MILE" also features David K playing all of the instruments.

David K conducts Instructional Workshops for up to 12 participants in:


To request more information,
please click - GET IN TOUCH

Return to HOME PAGE
Powered by